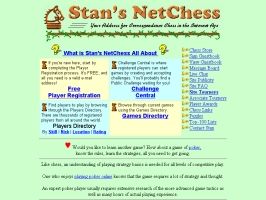 A pharmacist, a doctor, and much more than a 70-year-old nerd

Radiologist Ron Hames was born in Brooklyn, New York the same year that USCF incorporated. He grew up in a world at war. News and entertainment came into his home carried by the voices and sounds from the family's tabletop and car radios. Hames, then only two-and-a-half, vividly recalls standing between his parents in the front seat during the long drive to Florida from New York City, hearing the announcement over the car's radio on December 7, 1941, that Japan had bombed Pearl Harbor. Later, Ron's dad brought home one of the neighborhood's very first televisions, sporting a 10"-diag-onal screen. Friends would gather for special televised events, like a Joe Louis fight.

Alexander Alekhine was world champion during Ron's childhood, but Hames didn't start playing the game until the Botvinnik era, when, in 1953, he saw other boys playing at lunch at Brooklyn Tech High School. But school and career kept him busy.

tifully thought-out chess. In fact, for the past 15 years or so, Dr. Hames has sponsored correspondence chess awards for beauty. He has also sponsored brilliancy prizes at the National Open and U.S. Amateur Team East.

Dr. Hames has played online at the Internet Chess Club for the past dozen years, showing he's enjoying up-to-date chess technologies. He's made good friends in chess, counting organizer Chicagoan Fred Gruenberg and Alex Dunne among them. What do his non-chess friends have to say about his favorite hobby? "They say I'm a 70-year-old nerd."

Now Ron is semi-retired, living in Boca Raton, Florida, where he plays golf four times a week and plays chess on Friday nights at the local club. One evening we talked while he was watching the World Series on his 42" LCD high-definition TV, a long way from the 10" black-and-white set that drew a crowd at his childhood home. He told me he occasionally goes over games in the local public library. "Sometimes a parent will come up to me with a youngster and ask me to teach them to play," he says.

I'm sure they don't realize they're asking a man who's lived the entire history of the U.S. Chess Federation.

He first completed studies to become a pharmacist, then went on to get his M.D. and a specialty in radiology. Eventually, he came to USCF as so many do, through its nationwide network of official affiliates. Hames lived just around the corner from Harold Stenzel and in the 1970s began playing at Harold's Monday night Nassau Chess Club meetings, still a fixture of current-day Long Island chess. "I found out about Bobby after the fact. I don't remember actually following the match," Hames said.

But when Ron played Fischer's Cold War opponent, Boris Spassky, in a simultaneous exhibition in Long Island, he found something in common with Bobby, losing in a poison pawn variation of the Najdorf. Spassky, explaining Hames' mistake in a succinct postmortem, pointed at b2 and said "poisoned."

Correspondence chess became an important part of Ron's chess life. He played in the Golden Knights through the '80s and '90s. He's a lover of beau-